Julian Opie was born in London in 1958 and currently lives and works in the city. He graduated from Goldsmith’s School of Art, London in 1982. One of the most significant artists of his generation, his distinctive formal language is the result of digital alteration, presenting images as black outlines and simplified areas of color; it speaks of Minimal and Pop art, of billboard signs, classical portraiture and sculpture and Japanese woodblock prints. Solo exhibitions include National Portrait Gallery, London (2011), IVAM, Valencia, Spain (2010), Neues Museum, Nuremburg, Germany (2003), Ikon Gallery, Birmingham, UK (2001), and Institute of Contemporary Arts, London (1985). Major group exhibitions include the Shanghai Biennale (2006), 11th Biennial of Sydney (1998), documenta 8, Kassel, Germany (1987) and XIIème Biennale de Paris (1985). His public projects include works for hospitals, such as Barts & the London Hospital (2003) and the Lindo Wing, St Mary’s Hospital, London (2012), Heathrow Terminal 1 (1998), and his design for the band Blur’s album (2000), for which he was awarded the Music Week CADS for Best Illustration in 2001. Opie’s work is held in many major museum collections including the Arts Council, England; British Museum, London; Carnegie Museum, Pittsburgh; IVAM Museum of Modern Art, New York; MoMAT Tokyo; National Portrait Gallery, London; Stedelijk Museum, Amsterdam; Tate Collection, London and the Victoria and Albert Museum, London. 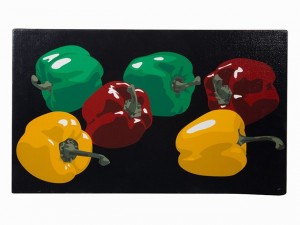 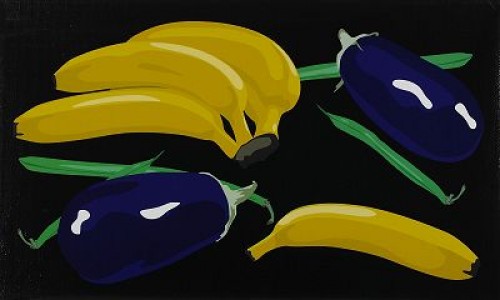