Ken Friedman is a seminal figure in Fluxus, an international laboratory for experimental art, architecture, design, literature, and music. He had his first solo exhibition in New York in 1966. He has also been involved with mail art, and he has written extensively about Fluxus and Intermedia. Friedman has edited several Fluxus publications and has been widely published in peer reviewed academic journals as well as in popular and small press publications. He has worked closely with other Fluxus artists and composers such as George Maciunas, Dick Higgins, and Nam June Paik, as well as collaborating with John Cage and Joseph Beuys. He was the general manager of the Fluxus publishing house Something Else Press in the early 1970s.
Friedman received his Master of Arts degree in Interdisciplinary Studies in education, psychology and social science from San Francisco State University in 1971. He received his doctorate in 1976 from the United States International University. In 2007, Loughborough University in the UK honored Friedman with the degree of Doctor of Science, honoris causa, for outstanding contributions to design research.
In October 2007, he was appointed Dean of the Faculty of Design at Swinburne University of Technology, Melbourne, Australia. From 1994 to 2009, Friedman was professor in the Department of Culture, Communication, and Language at the Norwegian School of Management in Oslo, as well as at the Design Research Center at The Danish Design School in Copenhagen from 2003 to 2009. In the 1970s he was Director of the Institute for Advanced Studies in Contemporary Art, San Diego and during the mid 1980s he was President of the Art Economist Corporation in New York.
Ken Friedman has done research in the philosophy of science, the philosophy of design, and doctoral education in design. He also works with national design policy projects in Estonia, Latvia, Lithuania, and Wales. He continues to develop international research networks and conferences for the design research community. He is an editor of the journal Artifact, and he serves on the Editorial Board of Design Studies. He has been the book reviews editor of Design Research News and the Communications Secretary of the Design Research Society. In 2000 He co-chaired the La Clusaz Conference on Doctoral Education in Design. He co-chaired the 2006 conference of the European Academy of Management in Oslo, and the 2006 conference of the Design Research Society in Lisbon, and the 2009 conference on Design Thinking in Torquay, Australia.
Recent exhibitions of his work include Ken Friedman: 99 Events at Stendhal Gallery in New York, Ken Friedman Art(net)worker Extraordinaire at the University of Iowa Museum of Art in 2000, and Twelve Structures at the Centre of Attention, London in 2004. His work is represented in major museums and galleries around the world, including the Museum of Modern Art and the Guggenheim Museum in New York, the Tate Modern in London, the Hood Museum of Art at Dartmouth College, and Stadtsgalerie Stuttgart. The University of Iowa Alternative Traditions in the Contemporary Arts is the official repository of Friedman’s papers and research notes. Archiv Sohm at Stadtsgalerie Stuttgart and the Mandeville Department of Special Collections at the University of California also hold extensive collections of his work from the 1960s and 1970s. 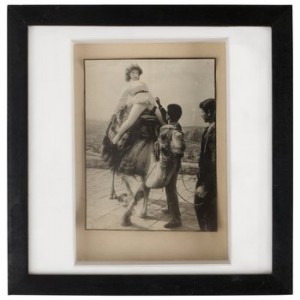