Léopold Survage was born in Moscow and studied there at the Moscow School of Painting, Sculpture and Architecture under Leonid Pasternak and Konstantin Korovin. He emigrated to Paris in 1909 and found work there as a piano tuner at the Salle Pleyel, while continuing his painting studies part time. He became friendly with many of the leading artistic figures of pre-war Paris, including Apollinaire and Picasso, and worked in a number of fields, helping Diaghilev with his theatrical productions, producing a series of monumental paneaux for the World Exhibition in Paris of 1937, designing textiles for Chanel and tapestries for Gobelins and even turning his hand to book illustration. He became an Officer of the Legion d Honneur in 1963, five years before his death. 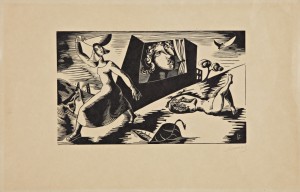 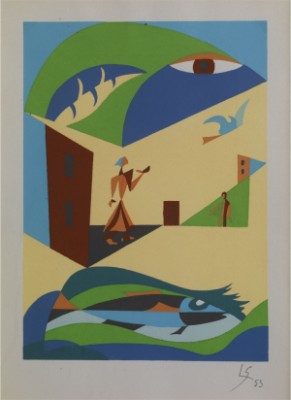