Lidia (Lydia) Dmitrievskaya, born Bumagin in S:t Petersburg. married to Sergei D., who was at the Russian legation in Stockholm, Sweden (1893-1964). She was educated in Moscow before the revolution and studied in Berlin during the 1920's for Alexander Archipenko. Her early influences were Russian and German radical expressionism. Her paintings are typical for the art deco-period that swept through Europe during the 1920's, just compare to Tamara Lempicka and Nathan Altman, but she hade the special Russian style especially in her choice of colours. 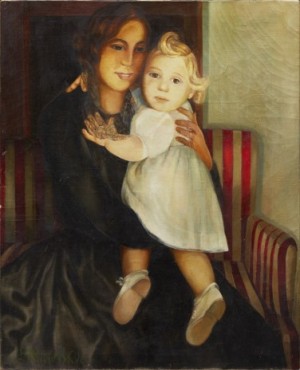 A Mother With Her Child 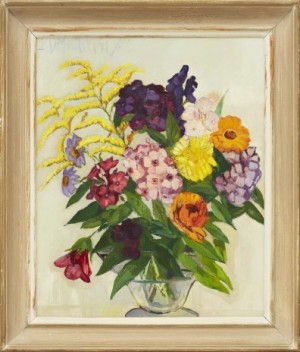 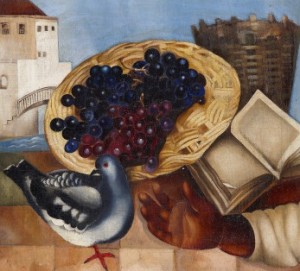 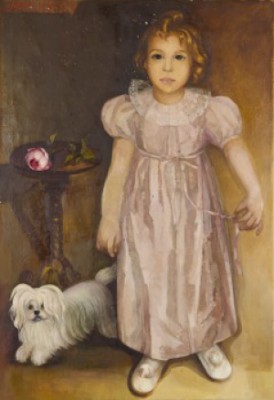 Portrait Of The Artist’s Daughter Maria And Her Dog Djingis 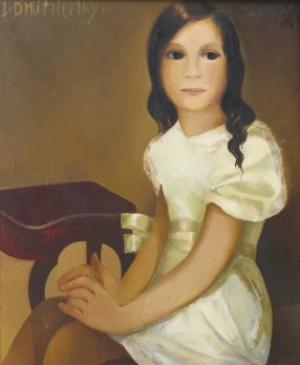 Portrait Of The Artist's Daughter Maria In A White Dress 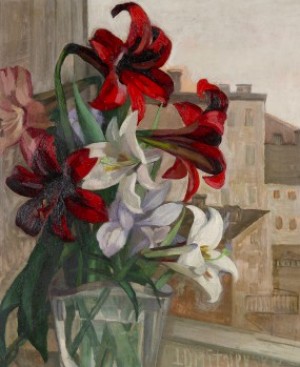 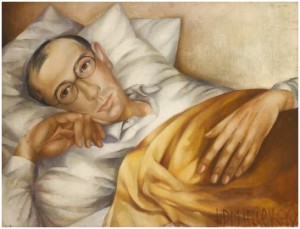 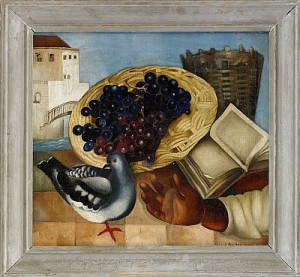 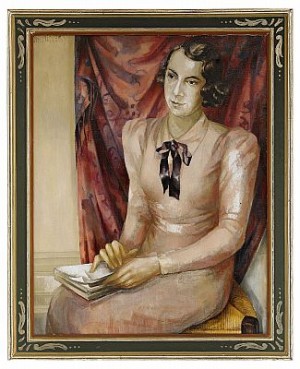 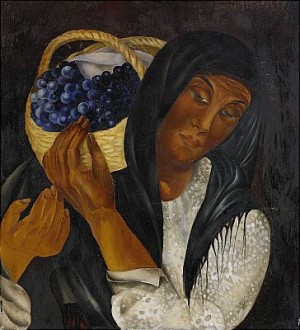 Woman With A Basket Of Grapes 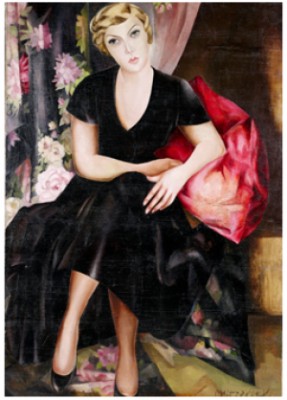 Portrait Of A Seated Lady