Manuel Revuelta Ortiz de Zárate was born in Como, Italy. He was the son of Chilean composer Eleodoro Ortiz de Zárate descendant of a Spanish family, which had lived in Chile since the 16th Century. He was four years old when the family moved back to Chile where he went on to study painting with Pedro Lira (1845-1912) before entering the Escuela de Bellas Artes (Academy of Fine Arts) in Santiago.

Drawn to the burgeoning art scene in France, in 1904 he sailed to Marseilles then made his way to Paris. There, he became part of the growing gathering of artists in the Montparnasse Quarter, making friends with Amedeo Modigliani and some of the other future greats of the art world. Ortiz studied at the Ecole des Beaux-Arts in Paris, developing his modernist skills and later began exhibiting at the Salon d’Automne and the Tuileries. He painted still lives, portraits and landscapes in a style characteristic of the École de Paris between the wars, which exhibited elements of Fauvism and Cubism.

Together with Camilo Mori and other artists from Chile, Manuel Ortiz de Zárate helped found the Grupo Montparnasse. During World War II, he fled the Nazi occupation of France and went to the United States where he died in 1946 in Los Angeles, California. His daughter married the California abstract painter, Ferren John (1905-1970). 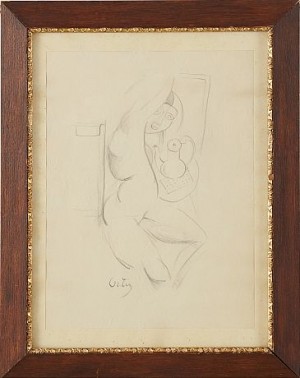 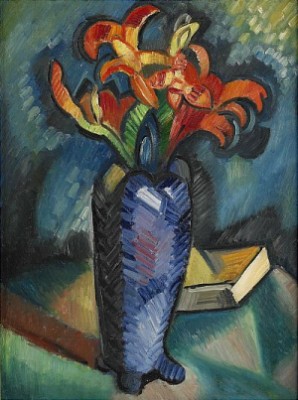