Max Beckmann is born in Leipzig on February 12, 1884. He studies at the Weimar Saxon-Grand Ducal Art School as of 1900. Beckmann's first artistic steps are geared at the En plein air painting which is taught there. He goes to Paris in 1903 to study at the private Académie Colarossi. The painting of Paul Cézanne impress him the most. He moves to Berlin in 1904, where he is strongly influenced by German Impressionism with its representatives Max Liebermann, Lovis Corinth and Max Slevogt. He shows works at the exhibition of the Berlin Secession in Weimar in 1906. He is awarded the honorary prize of the German Artist Union, which grants him a scholarship at the Villa Romana in Florenc. Max Beckmann is one of the founders of the Berlin Free Secession.
Beckmann volunteers as paramedic in World War I, the cruel impressions made there lead to a mental breakdown and he is suspended from military service.
He changes his style from Impressionism to Expressionism around 1916. A characteristic feature of Beckmann's work are the huddled, moved figure compositions that he exaggerates in a sharp-edged manner. The content of his paintings become more and more complex and even esoteric, hard to fathom without knowledge of his sources of inspiration (Kabbalah, Gnosticism).
His artistic breakthrough comes in the 1920s, numerous exhibitions in Berlin, Dresden, Paris or New York contribute to Beckmann's popularity. The publisher Reinhard Piper releases books illustrated by Max Beckmann, as well as the large Beckmann monography in 1924.
He teaches a master class at the Frankfurt Städelschule in 1925, becoming professor in 1929. The large retrospective, organized by Gustav F. Hartlaub takes place at the Mannheim Kunsthalle in 1928. Beckmann receives the Honorary Prize of German Art and the gold medal of the city of Düsseldorf.
His career is abruptly discontinued wen the National Socialists take over power. He is suspended from the Städelschule as early as in 1933, the Beckmann hall in the Kronprinzenpalais of the National Gallery is emptied, a planned exhibition in Erfurt is cancelled. Twelve of his paintings are shown in the exhibition of degenerate art in Munich in 1937. One day after the exhibition was opened, Beckmann immigrates to Amsterdam.
After 1945 Beckmann does not return to Germany, refusing calls to the Munich academy, the Berlin school of fine arts as well as the Darmstadt school of applied art. He takes on a post at the Washington University Art School in St. Louis in 1947 and teaches at the Art School of the Brooklyn Museum as of 1949.
Max Beckmann dies in New York City of coronary failure on December 27, 1950. 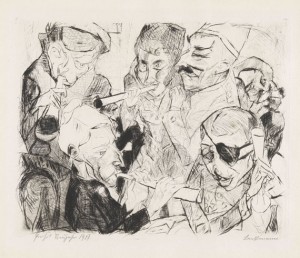 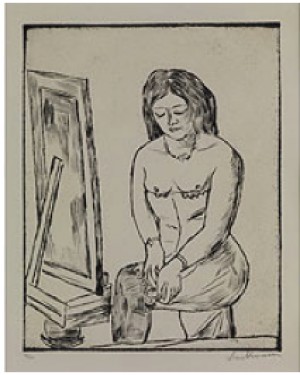 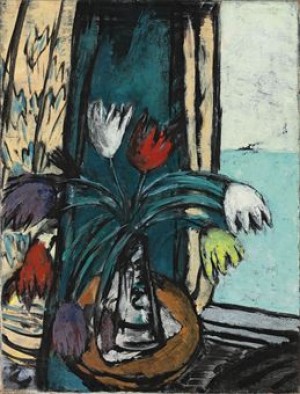 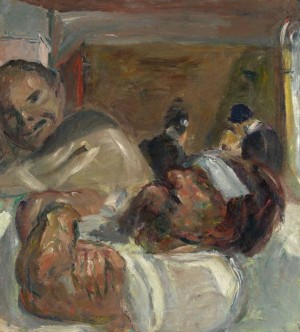