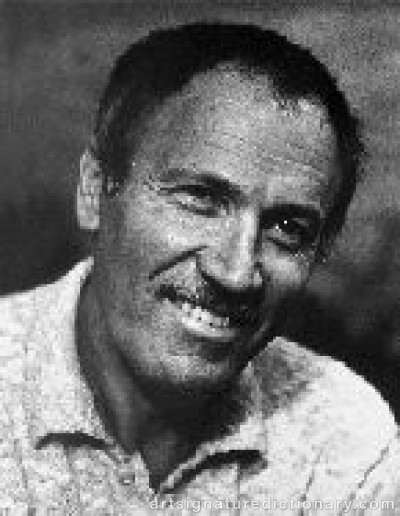 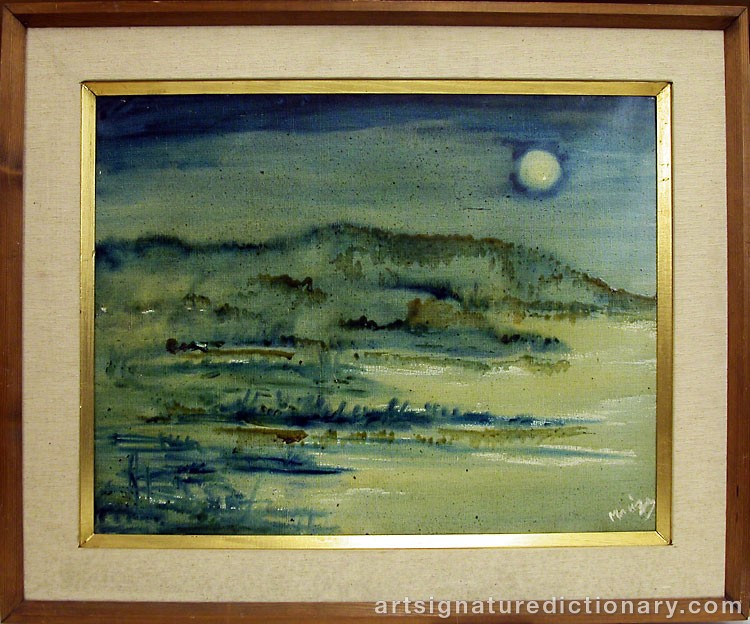 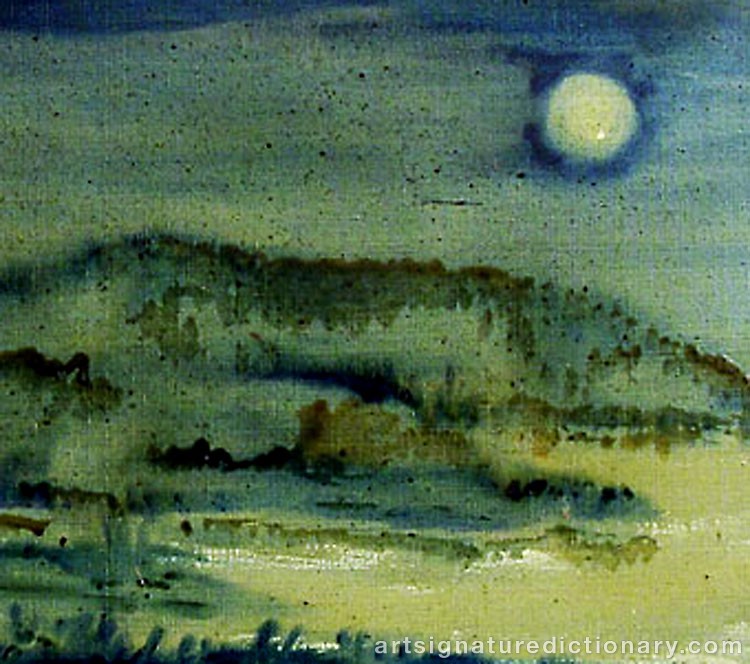 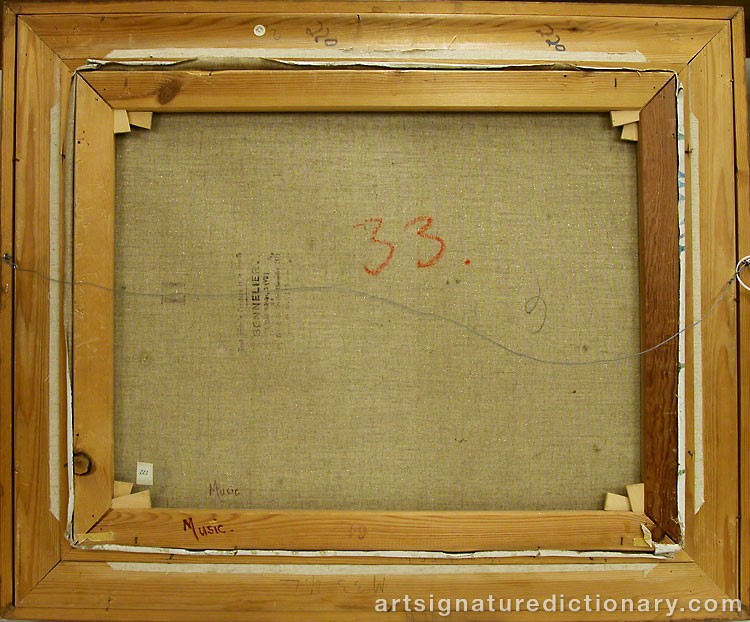 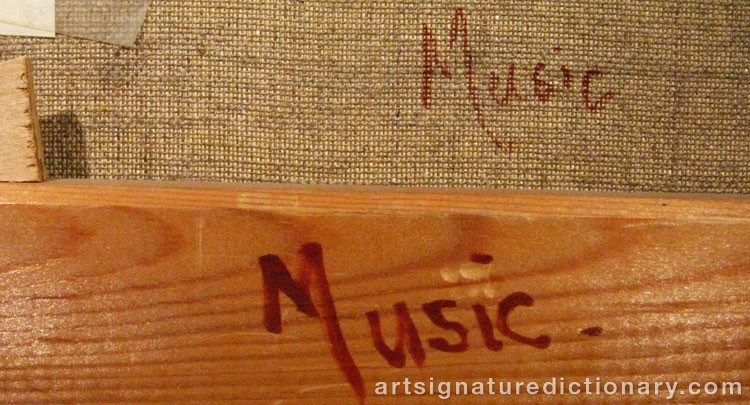 Oil on canvas. Motif: Moonlight Landscape, signed Music, 80x100 cm. The painting was seized in a small auction house in Stockholm, in May 2008. The painting had been submitted by Swedish Pawn shop in Malmo, loan value was 35,000 SEK. It had pledged by a private person . At the police questioning states that he bought the painting by a private family in Malmö, Sweden. He states further that he is self-taught art expert since many years and he is now a partner in an antique shop in Malmö, Sweden. The painting has gone through a technical examination by Moderna Museet in Stockholm Sweden which revealed that it is not performed by the Slovenian/Italian artist Antonio Zoran Music. The district court's decision. Signature forgery and aggravated fraud. The painting has not been performed by Zoran Antonio Music nor signed by him. 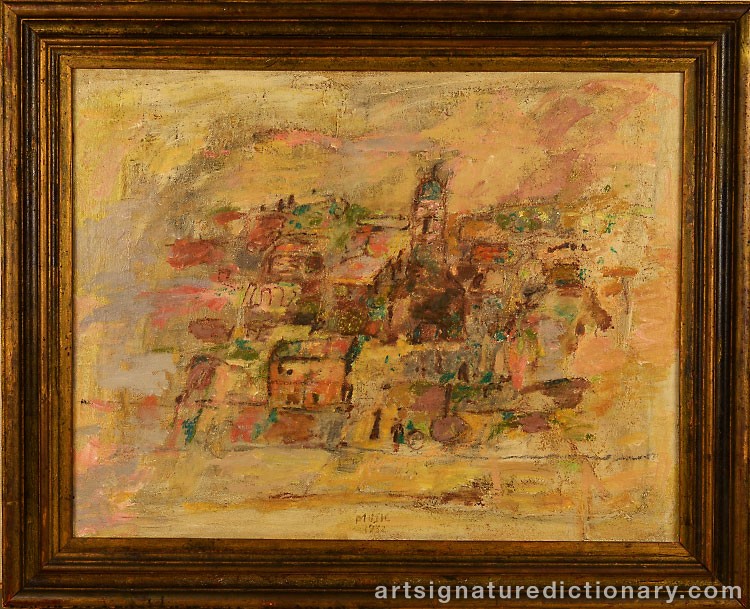 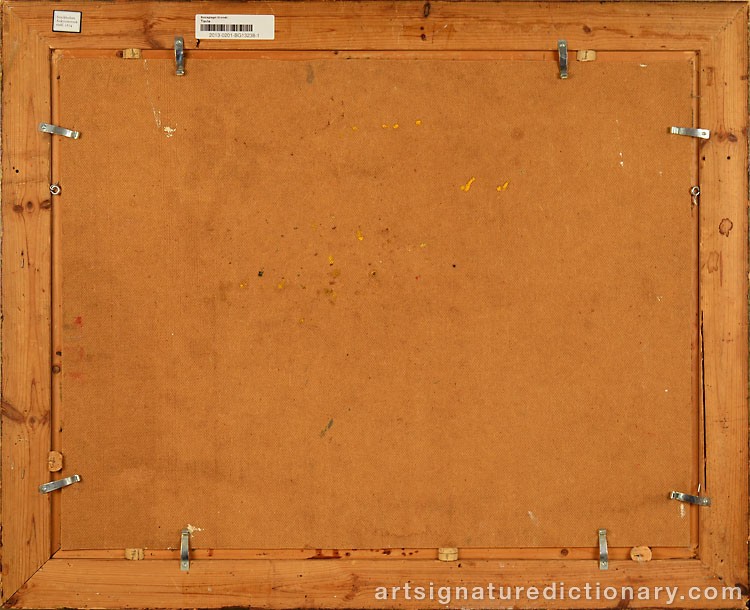 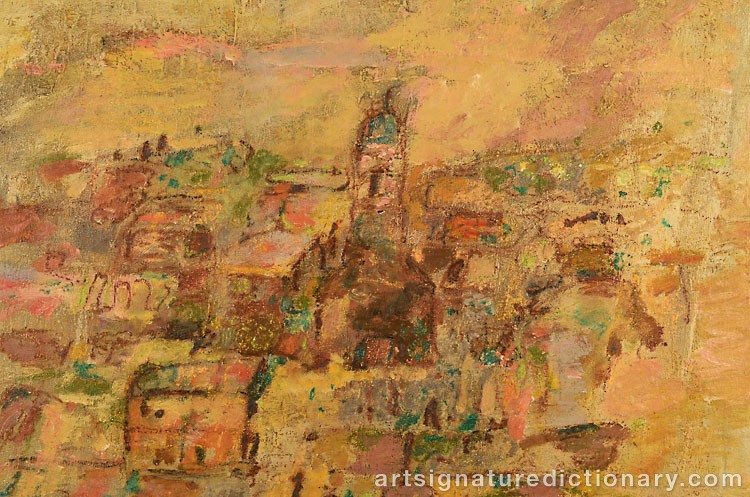 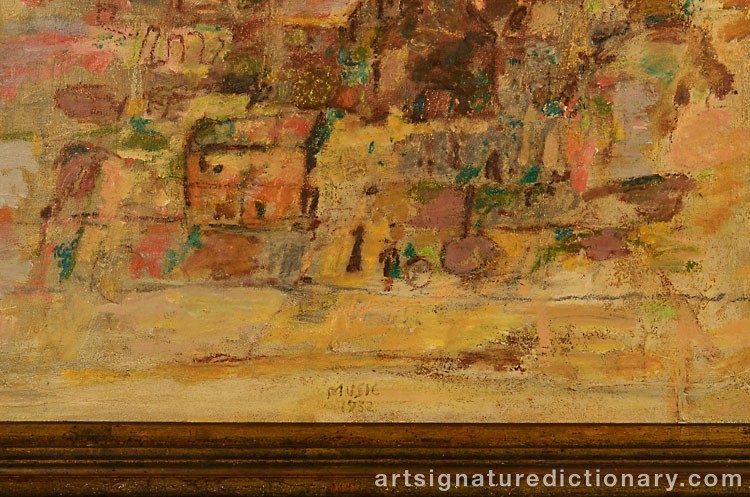 Oil on board, cityscape, signed "MUSIC 1952" 70x54 cm. Ostensibly picturing a genuine oil painting by artist Zoran Music. The painting had been submitted to a major auction house in Stockholm where it was cataloged as a genuine painting, exclamation SEK 200000-250000 (ca. 21,000 to 22,000 EUR). The painting was sold for SEK 190,000 (ca. 20,000 EUR). The buyer showed the painting to the experts concluded that it was a forgery. He returned the painting to the auction house and got his money back. The painting was handed over to the police who carried out a precise examination which, among other things, revealed questionable documents that the painting would have been sold by a gallery in Copenhagen in 1958, and that the painting in 2006 was purchased by the current owner from a private individual for SEK 210,000 in order to be transmitted to Sotheby's for sales. Court: The painting is not genuine. It is a forgery and should be forfeited.

Zoran Music was born on February 12 in Bukovica near Gorizia. After finishing his studies at the art academy in Zagreb Music spent some time in Spain. 1934-1940 Music lived in Maribor. In 1940 he moved to Ljubljana, where he lived until 1943. In October 1943 Music went to Venice. One year later Music was arrested in Venice and deported to Dachau where he franticly sketched the life in the camp under extremely difficult circumstances. After his liberation in 1945 Music returned to Venice.
The first solo exhibition was shown in Venice in 1946. In 1950 Zoran Music won the first prize at the Bienniale in Venice. Other prizes followed in 1951 and 1952 when Music was awarded the Prix de Paris, first together with Corpora and then alone. A new beginning in painting evolved around the artist's preoccupation with the Dalmatian landscape. A next step was an awakened interest in his direct environment, Italian landscapes. Stylistically he was influenced by Byzantian mosaics and icons. He also spent some time during the 1950s working in Paris where the 'lyrical abstraction' of the French Informel determined the art world. He kept his studio in Venice, however, and exhibited again at the Biennale in 1956 and 1960. This time the artist was awarded the great prize for his graphic work and the UNESCO Prize. During the 1960s his organic motifs became more and more abstract and his compositions abandoned the laws of three-dimensionality. The much acclaimed series 'We are not the Last', in which the artist transformed the terror of his experiences in a concentration camp into documents of universal tragedy, was made in the 1970s. Music's work has been honoured in numerous international exhibitions, such as the large retrospective exhibition at the Grand Palais in Paris in 1955. 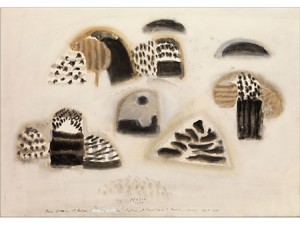 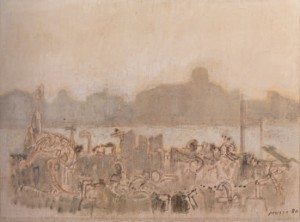 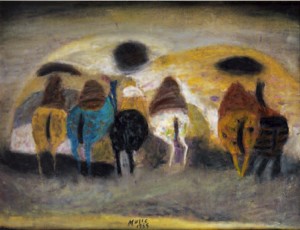 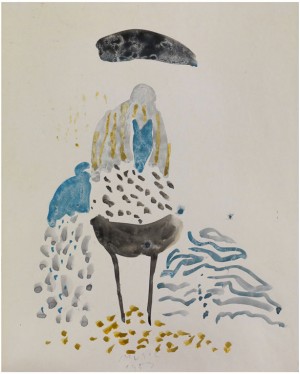 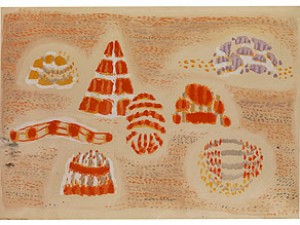 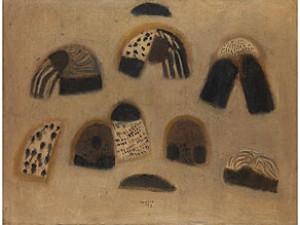 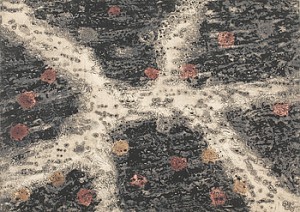 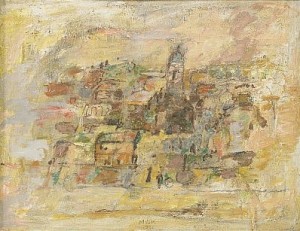 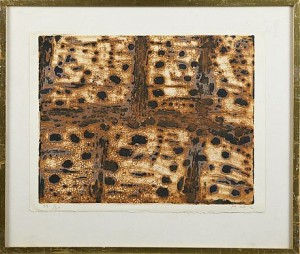 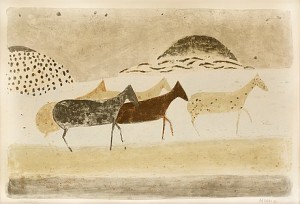 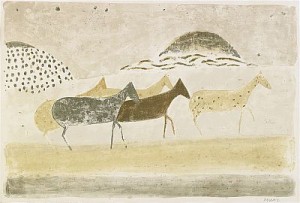 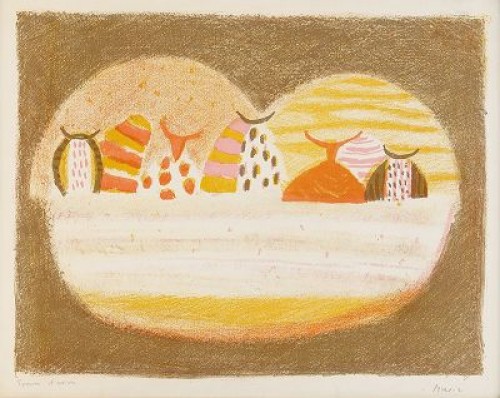