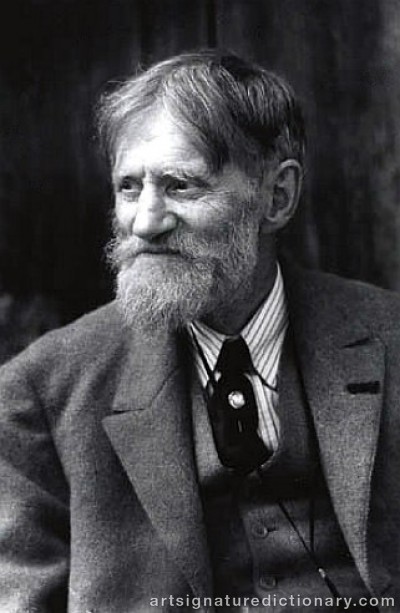 Emil Carlsen was one of the finest still life painters in the annals of American art. Attracted to simple, dignified still lives, he fell under the spell of the French painter Jean-Baptiste Simeon Chardin (1699-1779) during his two periods of study in Paris. When Carlsen returned to the United States, he became an advocate for a moody, simplified style of still life painting. By the careful arrangement of common objects, the juxtaposition of interesting textures and the use of a limited palette, the Danish-born painter painter enveloped his still lifes in atmosphere and mood.

Carlsen's works stood in vivid contrast to the illusionistic trompe l'oeil style that had dominated American still life painting in the years after the Civil War. Arthur Edwin Bye, the earliest major chronicler of the American still life, wrote about William Merritt Chase (1849-1916), Maria Oakey Dewing (1857-1927) and John La Farge (1836-1910), but he considered Emil Carlsen the greatest American still life painter and actually dedicated his landmark book Pots and Pans or Studies in Still Life Painting (1921) to him.

Three major themes comprise Carlsen's still life ouvre - household objects, recently departed fish and game and floral arrangements. The fish and game still lifes are wonderful, with the shimmering scales of the fish or the fluffy feathers of the game fowl beautifully rendered. The seemingly haphazard arrangement of the fish and fowl was actually carefully composed. While these works may offend the sensibilities of modern viewers who wish to forget where their meal came from, they are magnificent examples of their genre.

Carlsen's floral still lifes - which featured peonies, roses and chrysanthemums - often utilized more ornate objects than the majority of his works. But the artist's best-known still life works were of brass or copper pots, undistinguished vessels and vegetables, whcih were often combined with the morning catch to create simple but graceful kitchen tableaus. These objects were given plenty of space and arranged on undefined, non-reflective surfaces. Carlsen's lighting was usually low, and becaue he worked in a narrow range of values, the resulting works were relaxed and moody, giving the viewer a sense of tranquility. 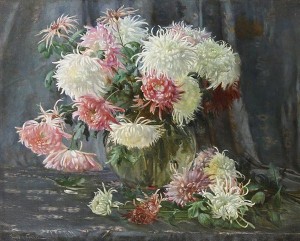 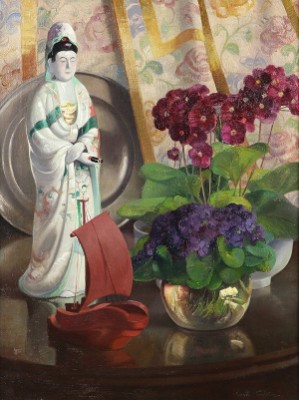 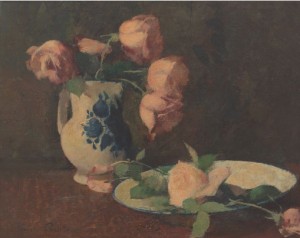 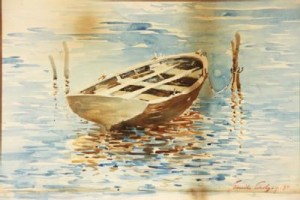 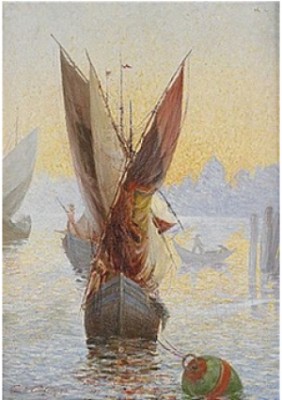 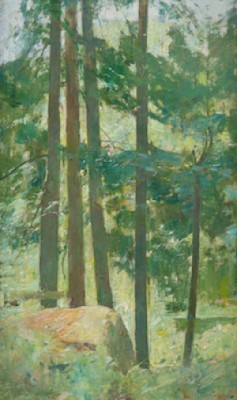