Gustave Wiegand was born in Bremen, Germany in 1870. Wiegand studied at the Royal Academy in Berlin and The Royal Academy of Dresden and also worked under Eugen Bract and William Merritt Chase in New York. He belonged to the Salmagundi Club, the Allied Artists of America, and the New York Society of painters. His works are in the collections of the Brooklyn Museum, the National Arts Club in New York City, and the Newark Museum. During his career, he won numerous prizes and medals while exhibiting at the National Academy of Design from 1894-1900 (prize 1905), the St. Louis Exposition of 1904 (medal), the Allied Artists of America in 1937 (prize), and the World's Fair in St. Louis (medal). He also exhibited at the Art Institute of Chicago, the Corcoran Gallery in Washington, D.C. annual for 1907-1908, the Pennsylvania Academy of Fine Art Annual Exhibit 1900-1910, 1916, the Society of Independent Artists in 1917, and the Salons of America. Wiegand died in Old Chatam, New York in 1957. 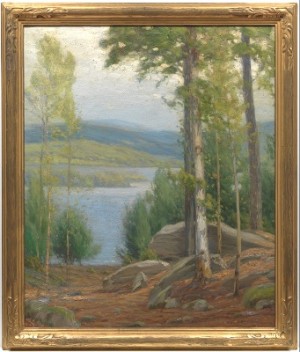 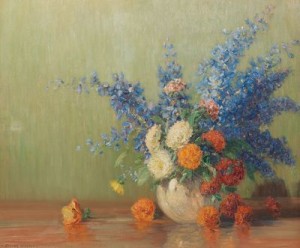